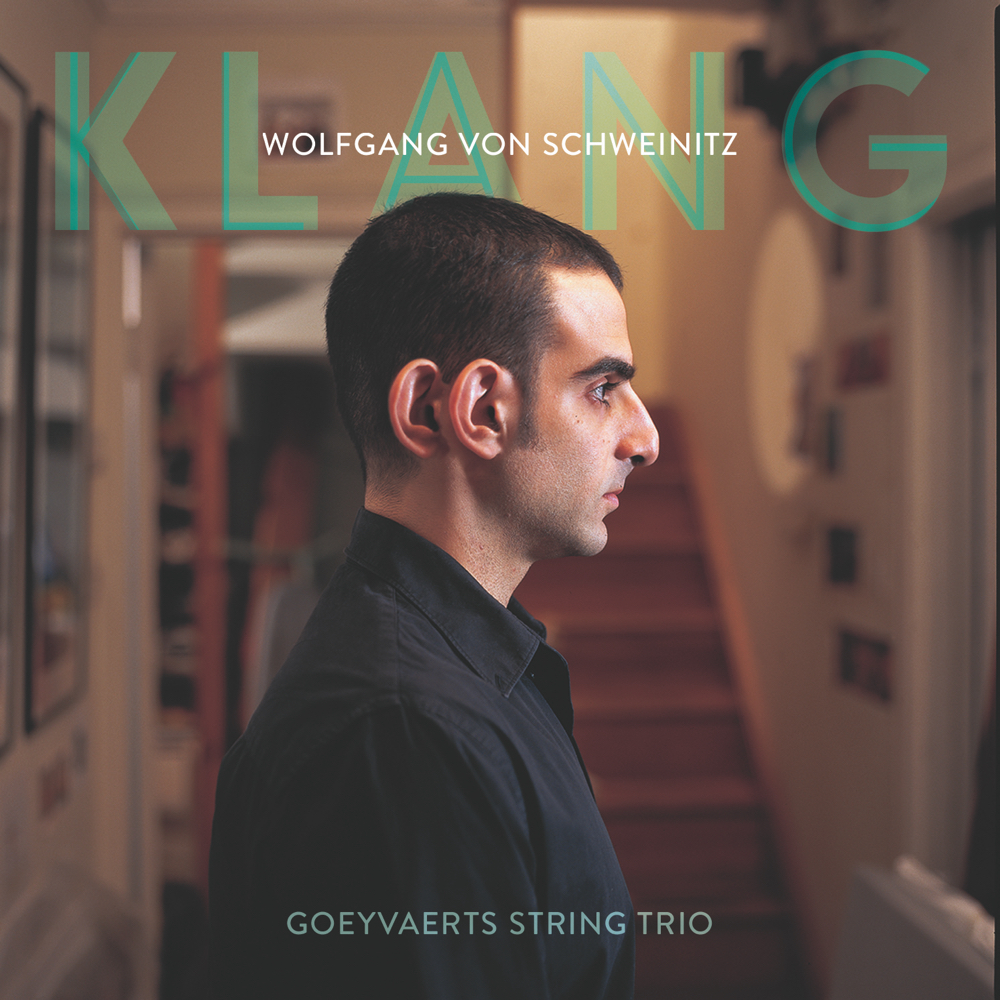 Wolfgang von Schweinitz’s piece Plainsound String Trio ‘KLANG auf Schön Berg La Monte Young,’ Op. 39 (1999-2013) comprises one 45-minute track and is here performed by the Goeyvaerts String Trio. The work provides moments of great calm, of sudden beauty, of agitation, of distress, of startlement, all in a place like nowhere else.

‘Plainsound’ is von Schweinitz’s term for just intonation, which is limited in this case to frequency ratios involving integers up to 5 and their multiples. This allows for major and minor chords whose intervals are all elementary frequency ratios. For example, the first such chord, of B minor, has a pure major third D–F♯ (5:4) in the cello and a perfect fourth on the same F♯, i.e. F♯–B (4:3), in the viola. The harmonic spectra of the three notes coincide on the F♯ two octaves above, and the violin, having entered in neighbouring G space, tunes in to this upper F♯. More generally – indeed, throughout the piece – the musicians can achieve just intonation by listening out for these upper partials where they are in unison. And they can do so because the basic chords of tonal harmony – triads, diminished sevenths, dominant sevenths – are the great stations intercepted, or engulfed, by this extraordinary slow movement.

Composed in 1999 and revised in 2013, the work has a subtitle that combines the names of two composers through a pun: Schoenberg, whose name has the meaning ‘beautiful mountain’, and La Monte Young. The music effects this same unlikely coupling. Young is parallelled not only in the just intonation but also in the slow speed, necessary here as much as it is in Young’s own music for the subtleties of tuning and harmony to be attained and appreciated. Meanwhile, Schoenberg is the source of those tonal chords, transcribed from an example of four-part harmonic progression in his Structural Functions of Harmony.

As a measure of the tempo, the very first note, an open-string cello D, extends for around a minute – which is about as long as the entire Schoenberg example might be expected to take. During that time, before the B minor chord has been built up, widened semitones are tried out, in rocking gestures that recur throughout the work. Thus gently oscillating before or while taking a step, the harmony slowly bulges and withdraws, slides, lifts and stays, as it goes, or prepares to go, from one of the Schoenberg chords to the next. Around the halfway mark, it reaches a destination on that same B minor chord, differently spaced, thus completing the inverted form of Schoenberg’s progression. The second part then adds the original, non-inverted form, to end the work in D major.

Everything is vastly decelerated – the work lasts around forty-five minutes – but the weight and the tempo feel right. There are moments of great calm, of sudden beauty, of agitation, of distress, of startlement, all in a place like nowhere else. From the booklet note by Paul Griffiths.